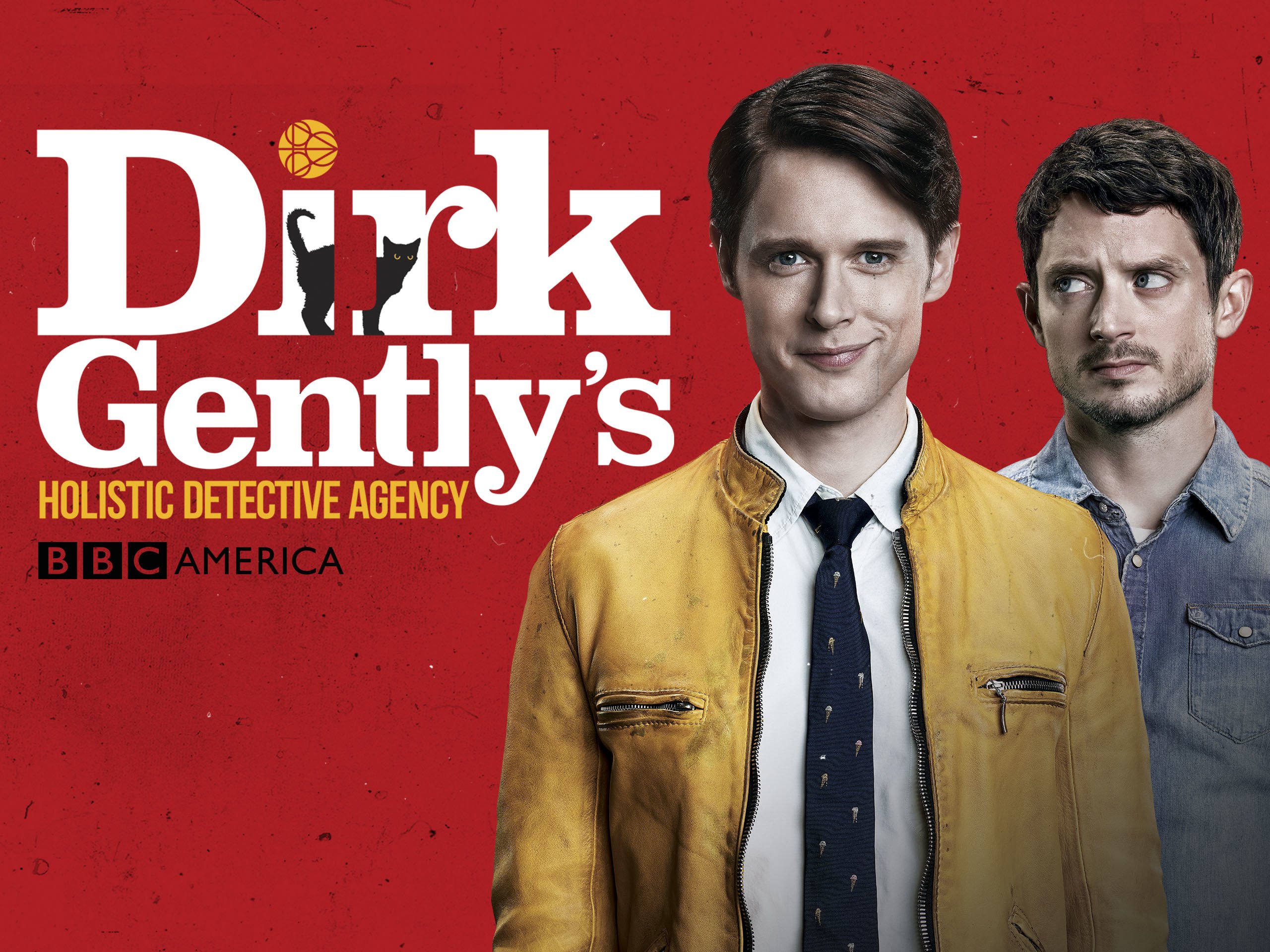 I used to work at the Dollar Tree here in town, which is honestly not a good idea if you're prone to nickel and diming yourself to death. You'll spend half of your minimum wage on stuff you find in the store, because it's just a dollar, if you don't watch yourself and keep a strict budget. While working there I would sometimes look through the DVDs and things would stand out to me. One such thing was a DVD set, well actually 2 DVD sets, seasons 1 and 2 of Dirk Gently's Holistic Detective Agency, created by the BBC and copyrighted in 2017.

I had read this book many years ago and quite enjoyed it, so I picked up both seasons for $1 each, and then went on with life, went back to school, never touched DVDs because I had streaming services, and they sat there collecting dust for probably a year and a half or maybe even two years. Then, I caught covid. While in quaranteen and completely unable to do much of anything, I finally tore open that shrink wrap and binged the entire two seasons in as many days.

I am so, so glad that I did. This show was absolutely wonderful on every level. The casting, the acting, the wardrobe, and above all, the writing. Douglas Adams, the author of the original book is a well known and appreciated author mostly for his Hitchhiker's Guide to the Galexy series, which was originally written for radio and then adapted into a book series. This series is widely harolded as a brilliant work of sci-fi comedy, and I remember quite enjoying it. However, the film adaptation was NOT widely regarded as a hit, I'm not even sure it even enjoys status as a cult classic, and therefore I went into this series with a bit of concern that Dirk Gently's Holistic Detective Agency also would not translate well into a visual medium.

I was happy to be wrong. Another place of concern I had is that Adams is, unfortunetly, still as dead as he has been since 2001, which means that he had no input on the project made in 2017. When an author has such a significant style, this can be a major problem. Adams is known for his unique comedic stylings and his writing style in general, and I have seen what can happen to works of fiction that are produced without input from the original artist, such as the Queen of the Damned, which was produced without the input of author Anne Rice and is widely regarded by both fans and critics to have suffered greatly as a result.

But this writing team really picked up the slack, and I feel, captured the feel of the book very well. There are a few things that threw me off, but they faded quickly. The expanded world I feel fits really well and does not commit what I would have considered a major sin- trying to explain the holistic nature of the universe. I really don't want to do a plot synopsis, because this is the kind of story that needs to be seen in it's entirety. Both seasons are different cases, but both really are detective stories, and giving away the plot really gives away half the reason to watch the show. All the pieces fit together so well, especially if you binge it like I did so that everything stays fresh in the mind the entire time, and I think that was the most important aspect that needed to stay in-tact to really keep true to the book.

It also manages to blend the comedic abstraction, the sheer absurdist comedy with real stakes to merge into a dramady, which is difficult to get right, one really risks either taking themselves too seriously and going all grimdark, or going pure comedy to the point that things like character death don't leave an impact. I found that this show struck the perfect balance. Part of that, particularly in season 2, may have to do with a reliance on practical effects, and I like to think that this was a purposeful choice, not necissarily a budgetary one, because it makes it significally easier, at least for someone in my age range, to suspend disbelief and become emergenced in the world of the show. It's difficult to explain without seeing it, but the alternate dimension is giving it's magical qualities largely because of the use of these practical effects. You are aware that you are watching a show in a way that used to be fairly normal, that isn't really pretending to be reality, and are therefore more apt to lean into the differences between that reality and the reality that you're living in the real world. I think that a dependence on "realism" has really hurt the theatricality that is supposed to exist in forms of media that present fantasy worlds, I might write an entire post on that subject, and that it may be fueled by an overreliance on computer generated graphics meant to mimic reality in a way that can really hinder storytelling. This show doesn't do that, and I think it really helps the immersion. 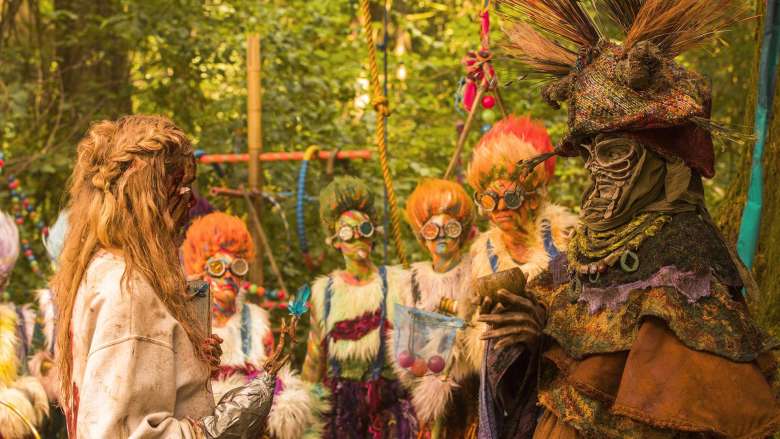 It really does almost look like something that one would see during Adam's lifetime, in the 1990s or 1980s, the golden age of practical effects before computer generated post production really took over the industry. And as a result it really places the show in this fantasy land that is not pretending to be reality, it creates a disconnect that actually enhances the viewing experience, especially when juxtoposed, as it is, with the real world presented in the show.

I wish that I could see how all these plot threads resolve and actually went looking for a season 3, because the show is written so well, but it seems to have an overarching story that permeates both seasons I have that unfortunetly has no real conclusion. And in my googlage, I saw that BBC is not able to find a platform for any new seasons, and as a result, we will never know the answer to most of the questions the series raises in this overarching story. We will only ever have these two seasons. And that leaves me, as a viewer, in a strange place. I like the ambiguity, in the original books, the not knowing was a large part of the appeal of the holistic aspect, and even in the show it is a major plot point that this may be something that simply cannot be understood. However, also I have become accustomed to stories having real endings that do tie up all lose ends, and I do think that perhaps the show was leading to, if not an understanding to the holistic nature of the universe, at least an understanding of the people who can tap into it. By adding this aspect of the government studing the people affected by this, and then not having the time to do much with it, I do feel a little let down. I like the inclusion of the goverment trying to understand, but because we will never see that pay off, it feels incomplete. I'm sure that the lesson, the bullet point that part of the show was going for is that it is ridiculous and impossible to understand, and that studying these people is pointless, but we never get to see that conclusion or what would have happened with it.

I cannot praise the writing team on this show enough. Not only because of how closely I feel they stuck to the spirit of Adams's book, but also because of how they treat all the new characters they created for the show. The character archs on all of them are done so well that even those without a lot of screen time go through complete character archs, in contrast to the unresolved plot aspects with the government researchers. This is important to me because of the work's central theme of interconnectedness; it was a huge part of Adam's writing style that most things that happen matter, even with side characters. I can't think of a single side character who doesn't have at least some impact on the story. Nothing seems to be superfluous. I think that my personal favorite character might be Ferrah, and her arch continues through both seasons just getting deeper all the time.

It's such a difficult show to explain without spoiling, but it is well worth your time, especially if you're like me and stuck at the house with a deadly incurable plague. But even if you aren't and you just want some really good sci-fi fantasy to sink your teeth into, the kind that holds a sweet nostalgia for a place that you have maybe never even been. 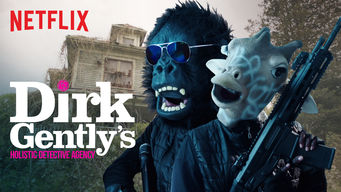 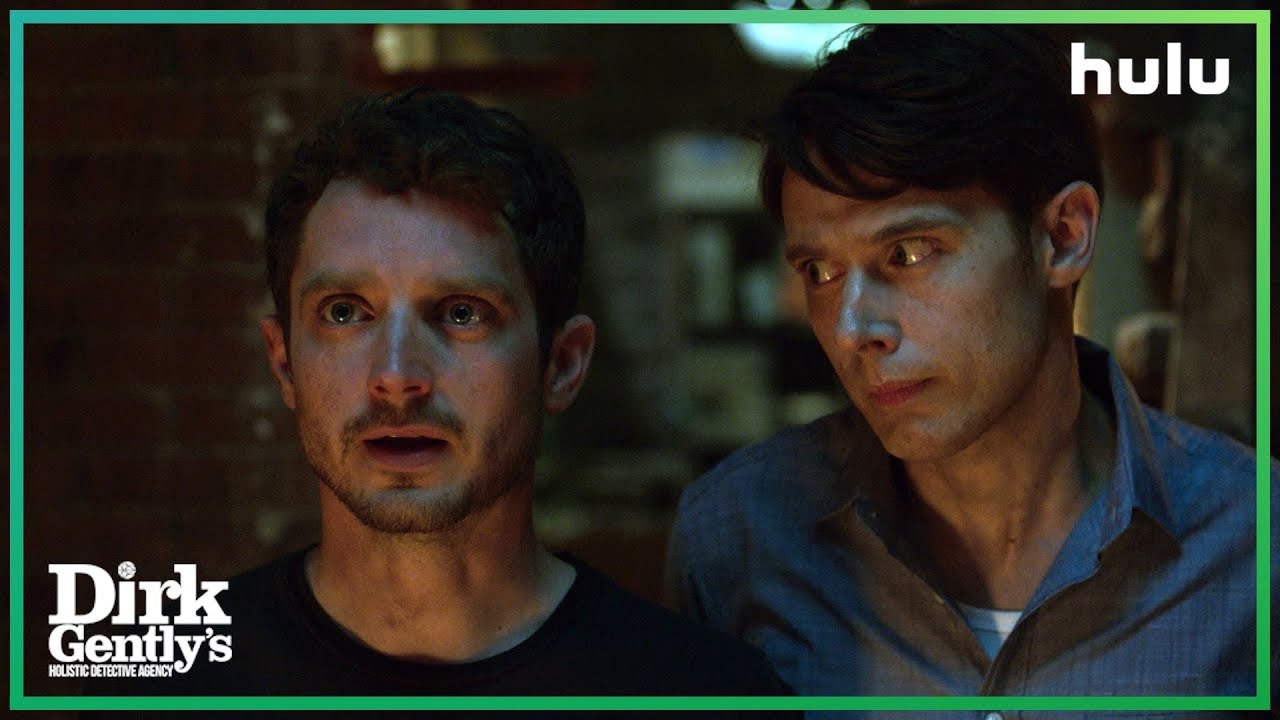 I've seen it advertised both on Netflix and Hulu, though I did watch it on the DVD, and if you can find it, I really do think that it's worth your time. It may not be worth the time to actually get it on DVD though, because there's nothing on the DVD that you can't get from streaming. There's no extras whatsoever, not even a commentary track. So that was a bit disapointing, but the meat and potatoes are there, and they're done well, and that's what really matters in the grand scheme of things.